Communiqué of the Superior General of the Society of Saint Pius X: True Fraternity Exists Only in Jesus Christ 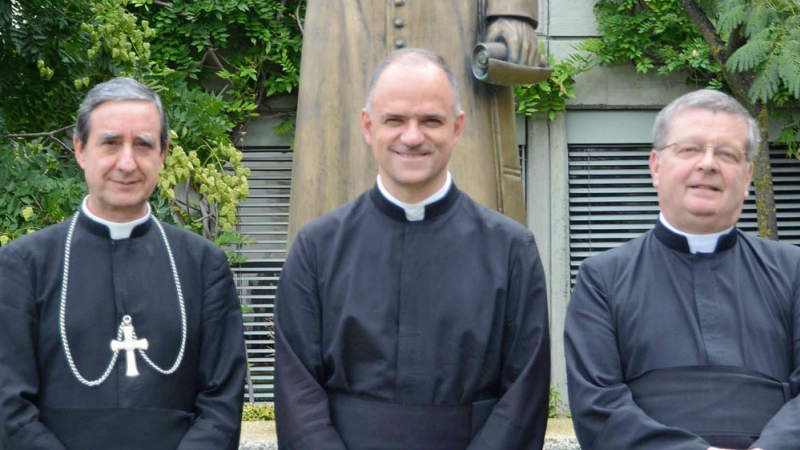 On February 4, 2019, Pope Francis together with the Grand Imam of the Mosque in Cairo signed a Document on Human Fraternity for World Peace and Living Together.

An ecumenical Christ would not be the true Christ. For more than fifty years, modern ecumenism and interreligious dialogue have ceaselessly presented to the world a diminished, unrecognizable, and disfigured Christ.

The Word of God, the only Son of the Father, uncreated Eternal Wisdom took flesh and became man; faced with this historical fact no one can remain indifferent: “He that is not with Me is against Me: and He that gathereth not with Me scattereth” (Mt 12:30). By the fact of the Incarnation, Christ became the High Priest of the unique New Covenant and the Teacher who proclaims the truth to us; He became the King of hearts and of societies and “the firstborn amongst many brethren” (Rom 8:29). Thus true fraternity exists only in Jesus Christ and in Him alone: “For there is no other name under heaven given to men, whereby we must be saved” (Acts 4:12).

It is a truth of the faith that Christ is King of all men and that He wants to unite them in His Church, His unique Bride, His only Mystical Body. The kingdom that He establishes is a reign of truth and grace, of holiness, justice, and charity, and consequently peaceful. There can be no true peace apart from Our Lord. It is therefore impossible to find peace outside the reign of Christ and of the religion that He founded. To forget this truth is to build on sand, and Christ Himself warns us that such an undertaking is doomed to fail (cf.Mt 7:26-27).

The Document on Human Fraternity for World Peace and Living Together signed by Pope Francis and the Grand Imam of Al-Azhar is nothing but a house built on sand. It is furthermore an impious gesture that scorns the First Commandment of God and attributes to the Divine Wisdom, incarnate in Jesus Christ who died for us on the Cross, the statement that “the pluralism and the diversity of religions” is “willed by God in His wisdom”

Such talk is opposed to the dogma that declares that the Catholic religion is the one true religion (cf.Syllabus of Errors, proposition 21). When something is a dogma, anything opposed to it is called heresy. God cannot contradict Himself.

Following Saint Paul and our revered founder, Abp. Marcel Lefebvre, under the protection of Our Lady, Queen of Peace, we will continue to hand on the Catholic faith that we have received (cf.1 Cor 11:23), working with all our might for the salvation of souls and of nations, by preaching the true faith and the true religion.